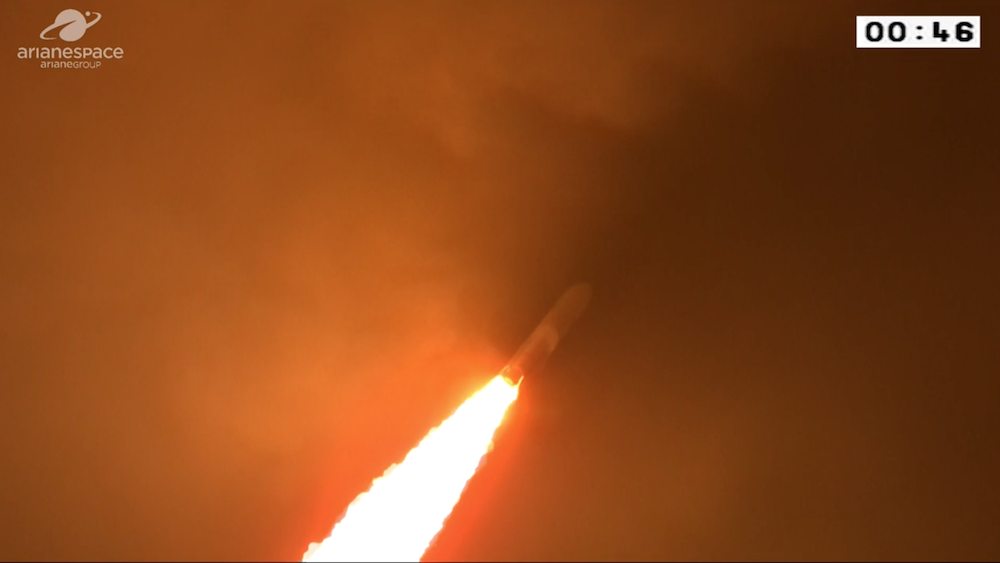 JCSAT-17, the heavier of the two satellites, separated from the rocket’s upper stage approximately 28 minutes after liftoff. The 5,900-kilogram satellite from manufacturer Lockheed Martin carries C- and Ku-band transponders, and an 18-meter S-band reflector from L3Harris Technologies.

Sky Perfect JSAT will use JCSAT-17 to provide connectivity for Japanese telecommunications company NTT DOCOMO in C- and S-band, and other customers in Ku-band.

KARI built the satellite to monitor air pollution and marine conditions around the Korean Peninsula. It is the second in a two-satellite environmental program, following GEO-KOMPSAT-2A, which monitors meteorological and space weather, and launched on an Ariane 5 in December 2018.

Arianespace gears up for busy March

Arianespace has now completed three of a target 22 launches this year. Luce Fabreguettes, Arianespace executive vice president of missions, operations and purchasing, said the company has another three launches in March.

Two of those are Soyuz missions — one from the Baikonur Cosmodrome in Kazakhstan carrying 34 satellites for OneWeb, and one from the Guiana Space Center with the United Arab Emirates Falcon Eye 2 satellite. Arianespace is also planning the return to flight of Vega with the Small Satellites Mission Service launch, which is dedicated entirely to smallsats.