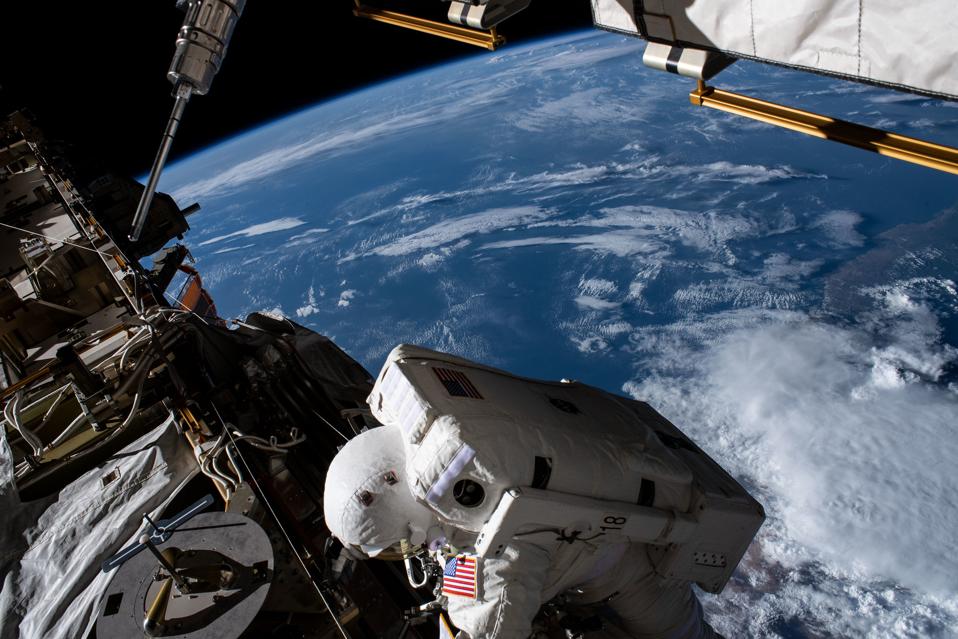 Today is the International Day of Women and Girls in Science, a holiday which instituted by the United Nations on December 22, 2015, with an aim to recognize the important role women and girls in STEM, as well as foster more female participation in those areas. According to global statistics provided by the UN, female enrollment is low in areas such as mathematics, statistics and natural science, composing only 5%. Overall less than 30% of women select STEM related fields in higher education, and less than 30% of researchers worldwide are women. As Walt Disney once said “if you can imagine it, you can do it.” In honor of that sentiment, let’s look at the record breaking story of Christina Koch, a NASA astronaut who set a historical record for the longest single spaceflight done by a woman and participated in the first all women spacewalk. Her journey into space also marks the second-longest single spaceflight by a U.S. astronaut.

Koch spent 328 days in space and traveled a distance of 139 million miles, which can be equated to making 291 trips to the Moon and back and making a total of 5,248 orbits of Earth! Koch launched in March 2019 as a part of Expedition 61 together with a fellow NASA astronaut Nick Hague and a Russian cosmonaut Alexey Ovchinin. This mission in space is helping NASA scientists better understand human adaptation to the conditions in outer space, specifically with the aim of sending more humans to the Moon as mandated by the Artemis program and later on, to Mars. Koch participated in more than 210 investigations, including studies that aim to understand human body adjusts to non-Earth like conditions such as weightlessness, isolation, and stress of the long duration flight.

She spent 42 hours and 15 mins outside the station, and participated in six spacewalks, three of which were the first all female space walks. Koch describes this historic moment of walking out into space with her the NASA astronaut Jessica Meir as an “unbelievable honor.” She recounts that when her colleague and her “caught each other’s eye and we knew that we were really honored with this opportunity to inspire so many, and just hearing our voices talk to Mission Control, knowing two female voices had never been on the loops, solving those problems together outside – it was a really special feeling.”

In addition to the spacewalks, Koch also witnessed a dozen Soyuz and cargo resupply spacecraft from the U.S., Japan, and Russia. Her favorite moments in space include having pizza nights in space with the other crew members. She particularly enjoyed having care packages sent from the Earth which included non-perishable pizza kits. She says that “we’re able to make pizzas in our kind of makeshift space oven using tin foil and a little bit of creativity!”

One other favorite moment in space for Koch was realizing how adaptable the human body is. Koch states that after some time in space she “actually forgotten that [she] was floating.” She explains that working upside down became as intuitive as working normally as we do here on Earth, right side up. In that regard she remarks, “it’s been a huge surprise to see that life up here can actually become normal because of what our bodies can adapt to.”

In addition to what seems having be a very fun time in space, the Expedition 61 crew worked on several experiments which aim to broaden our understanding in biology, physical sciences, as well as technological advancement. One example of that using 3D biological printers to print organ-like tissues in microgravity, which Koch is pictured doing above.

After a productive year in space, Christina Koch returned to Earth on February 6th, 2020 along with her international teammates, Soyuz Commander Alexander Skvortsov of the Russian space agency Roscosmos and Luca Parmitano of ESA (European Space Agency). They landed in a remote town of Dzhezkazgan, Kazakhstan and are now adapting back to life on Earth!